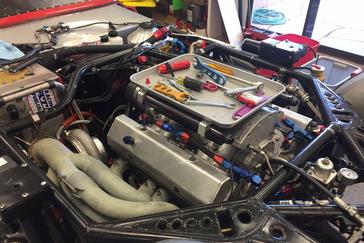 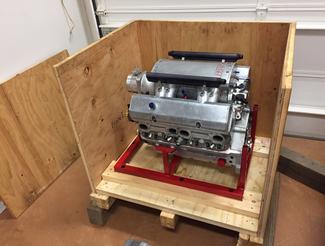 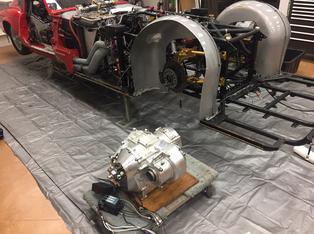 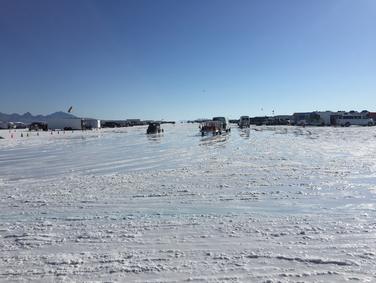 I evaluated the track at World of Speed in September. It was not healed up enouph from the August rains to run that event but one goal was to see if running at World Finals in October could give me a fast record. For my car and what I need out of a track my conclusion is that it will not. The 4-5 is really too rough for me. The rest is just too soft. There is a good layer of hard salt under the soft salt but that still makes for a slippery track.  I will not be attempting to run this year. 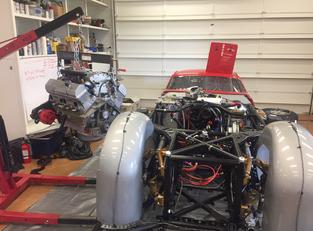 It is that time of year to get serious about getting ready for the race season.  The race motor has had half a dozen full runs on it and about 20 partial runs.  Although everything checks out ok that means it is time to send it back for a full rebuild. I could risk it and keep running it but I do not want to have any trouble if the track is good again sometime this year.  That means it goes back to Moran Motorsports for new rods, bearings and who knows what else.  They will determine that when it is fully taken apart.

The transaxle is also going back to Weismann for a full checkup.  I need to change my drive tires so I may also need to edit the drive ratios. Type your paragraph here.

Track Friday morning after rains yesterday and last night. This track had a chance of being something I could at least test on two weeks ago, not now. This along with a problem with the gear box, that I might have tried to fight, says there is no reason to even bring the race car up to the salt for Speed Week. 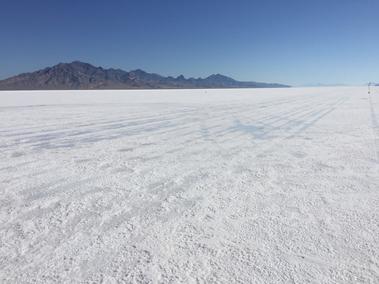 I went out to Bonneville last week to check out the track.
I was expecting to see such a wet track that deciding not to run Speed Week at all would be an easy choice.
In short it is way better than I was expecting.

The start line is south of the end of the road.  That is because that is where the salt is good. The first mile and a half or so had not been graded at all. It was too wet for them to work on last week.  It has dried out a lot now. It will be ready to run on in a couple of weeks.   It has salt that is growing through it but under that is very hard salt.
From about the 1 ¼ to the 2 mile there is an eighth or a quarter inch of soft stuff on top but then it is really hard underneath.
From the 2 to the 3.8 mile is a good smooth track with a coating of soft white salt on top of hard salt.
From the 3.8 to the 5 it is firm but somewhat rough.  I am not sure if I could continue to push in the last mile.

I will likely use Speed Week as a test session.  I do not think for my particular car, high HP with a lot of down force, the conditions are good for hard acceleration the entire 5 miles.   That combined with the fact that I am just getting all my parts back from rebuild makes me think a few days running at the end of Speed Week is a better choice.

We are pushing hard to get the car ready.  We received the engine back from Moran Racing Engines Thursday night. The transaxle and new rims arrived Friday.   The new tires have been spun tested and should arrive Tuesday. ​