​The car was pulled out of the corner of the shop to start preparations for Speed Week 2017.  I am going to do a few improvements to the pilot chute loading and transaxle CV boots.  Maybe a few other minor things but for the most part is will just be checking things over and getting the engine prepared after winter storage.

I have done all the testing I feel is necessary.   Now I just need a good track.  I only have a very limited number of 450 MPH Goodyear tires left.   Goodyear will not make any more of the special 450 MPH tires that fit my car so I will not run unless the track will be capable of giving me a good speed.

USFRA is going to have a test session the first week of July.  I will go up to examine the track and the salt condition but I have no need to run and will not be taking the race car.. 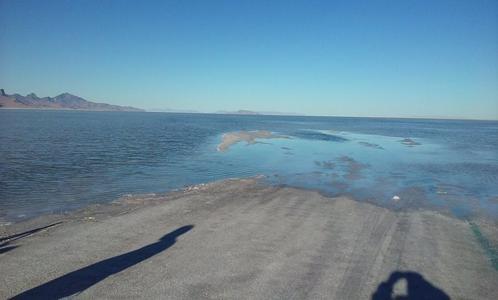 I was able to get a good look at the SpeedWeek long track today. Some rain has fallen in the area but that is fine.  The salt has been dry enough that a little water is not going to stick around long. The track could actually use some water on it to make it better.  Even with the water softening the hard salt ridges a little and the SCTA dragging it there are some sections that are too rough for my car.  It may work for some other cars but not mine.  I have decided not to even bring the car to the track. Type your paragraph here. 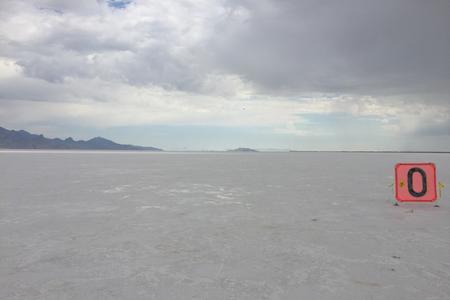 I went out to the salt flats to evaluate the conditions for the upcoming two events that I would run.  That would be World of Speed in September and World Finals in early October.   The WoS event already has an idea of where they are going to have a track.  WF is still a little up in the air and it will depend on conditions later.

For World of Speed the long course will run through the location of the Speedweek pits.   This is essentially the same location that the recent motorcycle event ran.  It is a lot better than the Speedweek track. The exact starting point has not been established yet but my predictions are an ok track from the 0-3 mile. There is even ¾ of a mile in the first part that is nice and smooth.  From the 3-5 mile it starts to get into a real hard and fairly rough section.  They hope to smooth it out in the rough section but I don’t know if they will be able to. I really hope they can smooth it out because the salt is firming up in the other sections.  In the end I had to make a tough call and decided not to try and run the World of Speed event in September.  I do not think my suspension set up will allow me to get a good time from the track at the condition it is in now.  I will wait and see where the World Finals track will be and what shape it is in before I make a decision on running that event.

I got my first look at the condition of the Bonneville Salt Flats today. USFRA is running a test & tune session. They have graded a track on the best salt they could find. The conditions are not good for very fast cars with little or no suspension. Mile 1 and 2 are very bumpy with some loose dry pockets. From mile 2 to 3 it smooths out some and the salt is thicker but soft. Soft salt is not unexpected for this time of year so that is not a big deal. The problem is the salt begins to deteriorate again after the 3 mile mark. SCTA has graded 2 short courses. I do not know which one I was on but I would call it super rough with a lot of loose pockets. It is only a preliminary drag on the SCTA track but given the conditions they have to work with I do not see how they are going to get a good smooth track. Tomorrow I will explore over where the Speed Week long track should be. 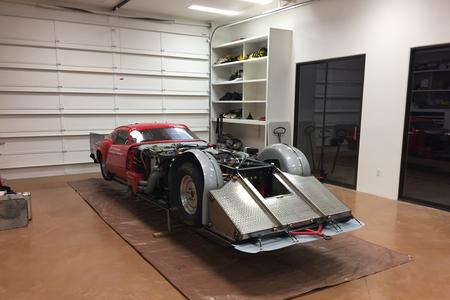 From the feedback I have been getting from drivers and the list of broken parts from the vibrations it sounds like leaving the car at the shop was the right call. I expected it to be rough but not this soft.  It is harder than last year but still not that good.  Below are pictures of the track on day two.  The ruts are from a couple of high powered cars.  The loose fluffy stuff is out of one of the ruts.  I cannot accelerate enough on this kind of surface to give me a really good speed.

I had planned on going out to the track Saturday to evaluate the conditions before I brought the race car up to run October 3rd.  That issue has been settled now.   The track is still under water and World Finals has been cancelled.