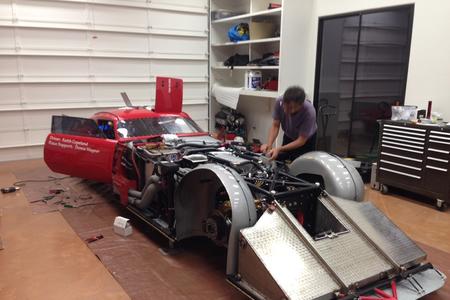 The motor and transaxle were refreshed and reinstalled in the car. The front clip has been patched back together and repainted. We have changed out the fuel lines and added a power booster for the injectors. This will let us add more fuel and boost if we find that we need more power.

After all this we wanted to get some shake down runs in before running on the salt so we went out to the Mojavi Magnum in April.  We were not looking for big speeds just going out for shake down.  We did find a few things to adjust so the trip was worth it. Our car is not designed to go fast on a “short” 1.5 mile track. It also turns out this track is too bumpy for us to get any real speed up.  We did hit about 200 MPH at the ¾ mark before the bumps got too bad and it had to be shut down.

This year turned out to be a wash out.  We only got to test once at the Mojave airfield. 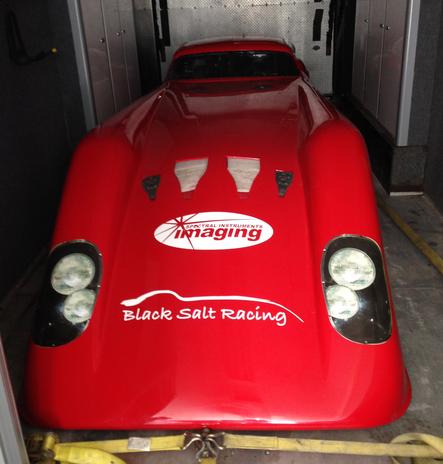 The car was ready to go for Speed Week, but even though it was canceled, we could not resist working on the car just a bit more.

A new dash and data logger are being installed.  A new LED type monitor dash should be easier for everyone to see in the bright salt environment. This will also let us monitor more items and add capabilities for alarms.  The next potential running will be mid-September.  The track conditions will be assessed at the beginning of September.  I am not expecting a good long coarse track to be available this year.  If they do have a race in September I suspect it will only be a test session for us. ​ 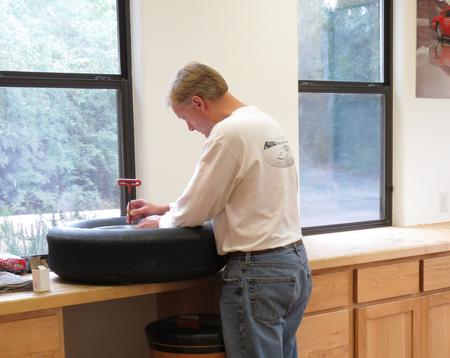 We were loaded up once more for a testing run on the salt flats mid next week October 8-10. The track was supposed to be ready by then but it was not. It also rained hard again the day before departure so the test session was called off.

We have been preparing everything for World of Speed in September just in case the event were to happen, but it has now officially called it off. There is only a slight chance for a test on the salt later in the month. However, the track is probably too fragile and slippery to even do test runs. We will make that call in a week or so.