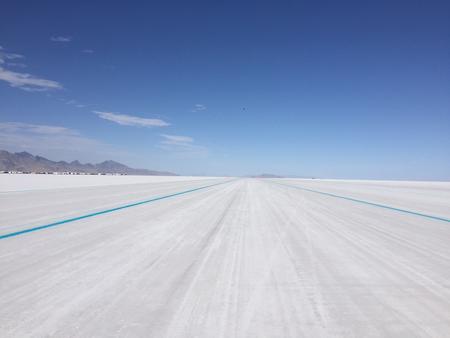 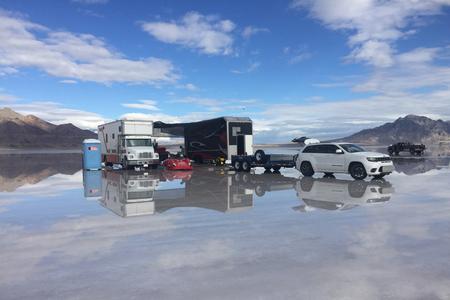 The SpeedWeek event has been running for 3 days but I have yet to make a good run.  The track was soft the first couple of days.  Today I finally attempted a run but the modifications we made to the motor to give it more power are acting up.  We hope to have the engine performance sorted out soon and make a fast run.

Speed Week did not turn out as we would have liked.  We had multiple leaks in our intercooler that caused water to get in the engine.  The intercooler is out of the car and under repair.  We will inspect the engine this week. We hope it is just an intercooler problem and it can be fixed for the next USFRA event mid-September. 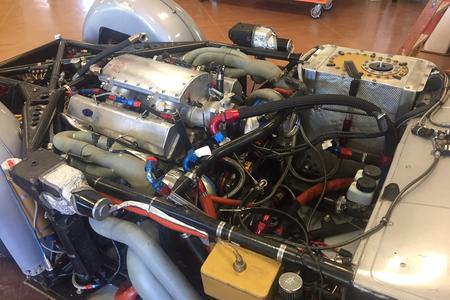 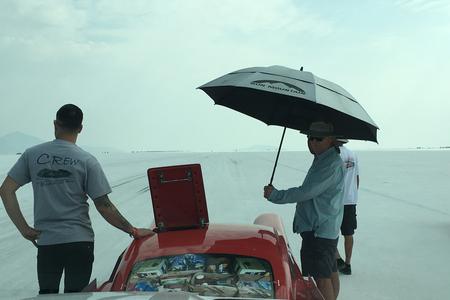 Had a very good run going, about 385 mph speed entering the last mile, but the car would not shift into high gear. That left me just hitting the rev limiter again in the last mile. Since it was a qualifier for a record we went into impound to work on the car. The speed was not fast enough for what I ultimately want as a record. With the transmission problem fixed and since I had limited runs on the special tires, that I can not get any more, I decided to pull out of impound and try to qualify at 400 mph. As you can see the tires would not even hold up to another run. I hope to find a solution to be able to attened World Finals next week but that is it until I can get the correct size high speed tire. Right now that tire is not something that is available.

We did get a decent second run in on the first day.  We made another 380 mph pass but the boost in the car is not going up as high as we need in the last mile. We went to impound just to look over the car but we did not take the speed even though it qualifies for a record return run. We needed to save the tires we had for a 400 mph pass. We had all day Tuesday to look at that issue and fix it as there was no racing that day because of a wet track. Rains came in heavy again Wednesday night and flooded the track for the week. The race was officially canceled after just one day of running.  We had to pack up in a half inch of water.   That is the last possible race this year.  We think we have discovered our boost issue but we will not know for sure unless we pull the motor out of the car and run it on a dyno.   We can only hope that the good track surface was not a once in a 20 year event. 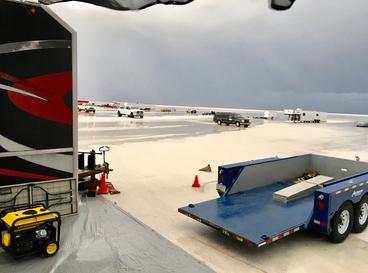 After a lot of work caused by the intercooler failure at Speed Week we got the car repaired .  We have made it to the World of Speed event.   The track is in really good shape, even better than the last event and we hope for good speeds. 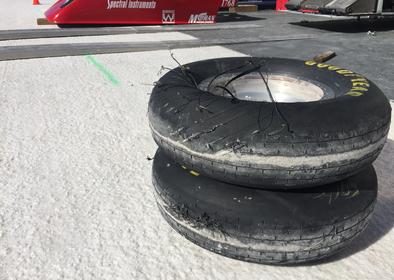 We managed to get more of the special 28 inch 450 mph tires from a team that converted to another size.  This allowed us to come out to World Finals and race.  We made another 380 mph pass today but the boost in the car is not going up as high as we need. We will not take this speed even though it qualifies for a record return run.  We need to save the tires we have for a 400 mph pass.  We have all day today to look at that issue and fix it as there is no racing today.  Rains came in heavy last night and flooded the track.  Hope is that it will be dry enough to run tomorrow.